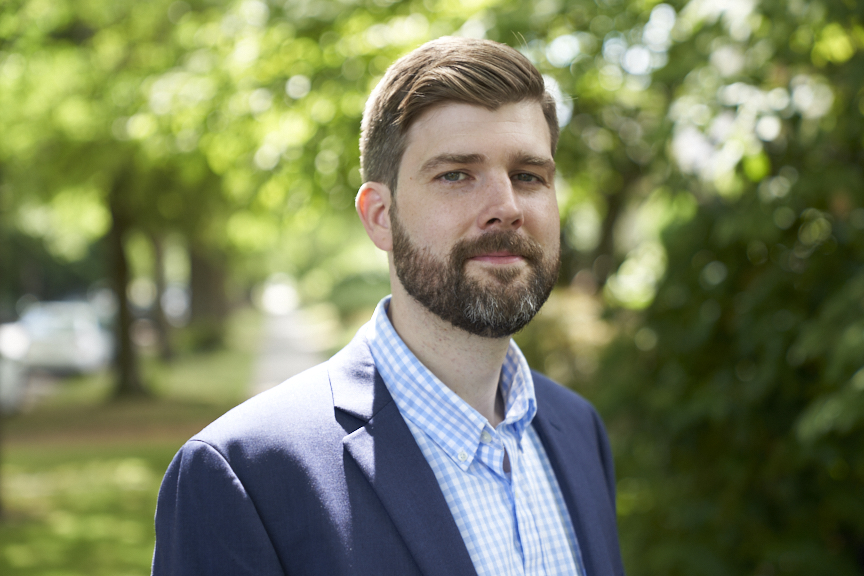 The three candidates vying to be Multnomah County’s next district attorney found themselves taking bold progressive stances Sunday evening at an event meant to have them do just that.

The forum was hosted by Oregon DA for the People. That’s a new organization that has sprung up to push the county’s next district attorney toward progressive platforms, such as refusing to prosecute people with mental illnesses, decriminalizing sex work and drug use, and supporting the repeal of Oregon’s mandatory sentencing law, Measure 11.

People lined the pews of a church in downtown Portland to watch the first joint appearance by three candidates who have announced their runs since Rod Underhill, the current district attorney, announced he won’t seek reelection.

The pool hoping for his seat includes Mike Schmidt, executive director of the Oregon Criminal Justice Commission; Kirsten Naito, an assistant attorney general with the Oregon Department of Justice, and Ethan Knight, an assistant U.S. attorney.

While candidates might traditionally be hesitant to take a stance so far in advance of the 2020 election, moderators and volunteers limited the candidates’ wiggle room by requesting limited “lip service” and occasionally pressing them to answer questions with a simple yes or no.

On one such occasion, both Schmidt and Naito agreed to withdraw from the influential Oregon District Attorneys Association, after an organizer cited instances in which the group had acted as an “insurmountable hurdle” to progressive reforms. That included historically opposing eliminating non-unanimous juries and encouraging attorneys to push for mandatory minimum sentences.

But not Knight. He said he felt it was critical the largest district attorney’s office in the state had the means to sway the conversation.

“The answer is no. You don’t leave if you want to change what they do,” he said. “It’s like cutting off your nose to spite your face.”

All candidates told Donna Hayes, the grandmother of 17-year-old Quanice Hayes who was killed in a police shooting two years ago, that they would consider changes to how officer-involved shootings are prosecuted.

All candidates present said they would take steps — to varying degrees — to prevent people from being incarcerated when they didn’t have enough money to make bail.

Naito said the next DA needs to “work toward reserving cash bail for our most serious and violent offenders.”

“Eliminate cash bail. That’s it,” he said to a cheering crowd. “It has nothing to do with whether someone should show up.”

Knight did not touch on the issue of cash bail in his answer but said the key to reducing pretrial detention was getting defendants connected with services to address addiction and mental health outside of the jail before their court date.

Pushed by an audience member on whether the district attorney’s office would use the threat of a mandatory minimum sentence to help defendants accept a plea deal, the candidates split.

Again, Naito said she’d be in “favor of reserving it for the most serious offenses.”

And, once again, Schmidt seemed to go further.

“I support the repeal of mandatory minimum sentencing in this state,” he said. “A one-size-fits-all sentence for no matter who you are or what your situation is makes no sense. It’s shifted all the authority over to the prosecutors.”

Knight said his office will likely continue to use Measure 11 when charging in cases like murder and rape, though he added he had no intention of using a mandatory minimum on someone whose role in a crime is minor, such as a getaway driver in a second-degree robbery.

But no candidate would agree to decriminalize sex work. All three candidates said they were concerned that decriminalization could cause more incidents of human trafficking.

Madeline Carroll, an organizer with Oregon DA for the People, said of all the stances taken Sunday, that was the one that caught her most off guard.

“Sex trafficking is a piece of that larger bucket of human trafficking,” she said. “That bucket should not at all be the same as consensual adults choosing to work in the sex work industry. It was pretty disappointing to hear none of the candidates understood the difference.”

Carroll said the organization has no plans for an endorsement. She said organizers are closely following the model of Philly DA for the People, which ultimately helped elect reform candidate Larry Krasner, who ran on a platform of ending mass incarceration.

“They told us, in that race, even the most traditional candidates ended up shifting more toward progressive policy choices in their campaigns,” she said. “That’s what we’re hoping will happen here.”