THE POWER OF THE PROSECUTOR 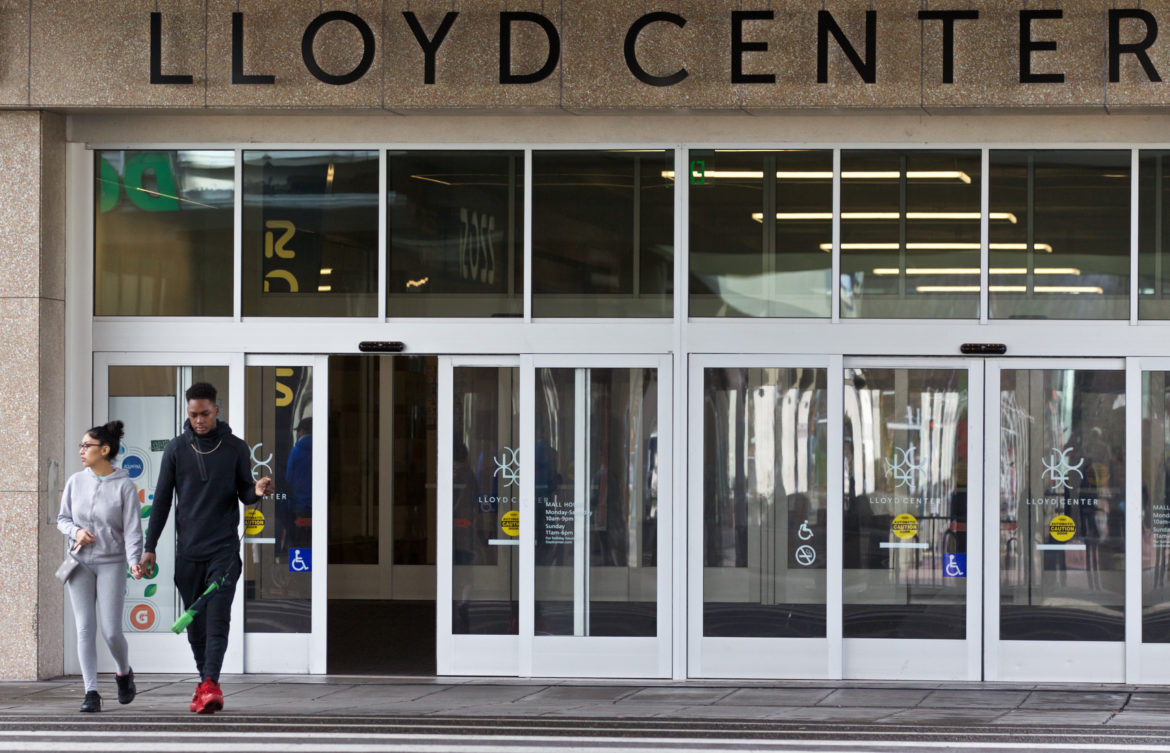 County DA looks at how he can help reduce disparities

When Mike Schmidt was working as a Multnomah County deputy district attorney a decade ago, he didn’t notice any racial disparities.

“I know what I saw going through the doors,” Schmidt said. “And the majority of cases we processed were male white defendants.”

But Schmidt left the county prosecutor’s office in 2013 and now directs the state’s Criminal Justice Commission. There, the data he sees now shows that in 2015 the rate of African-Americans being convicted for cocaine possession in Multnomah County was more than 100 times that of white defendants — 116 per 100,000 people versus 1 per 100,000.

Those numbers are way off base from actual drug use patterns among ethnic groups, according to national research.

And it’s not just drug crimes. Research conducted for our series, Unequal Justice, shows African-Americans in Multnomah County are much more likely than whites to be charged with many crimes, from prostitution and interfering with a police officer to littering and jaywalking.

Schmidt says the gaps are hard for him to process.

“No one was looking at case files and saying, ‘Oh, I think this is a black guy, let’s prosecute him,’” Schmidt said of his time with Multnomah  County. “But when you step back and look at all the data across the system, clearly there are disparities. There are reasons we’re getting those results. And we need to figure out what they are.”

Tracing the causes of such disparities can be a complex exercise involving factors outside the criminal justice system.

But our research shows the tremendous power the district attorney’s office has to influence the charging practices that contribute to such negative outcomes for African-Americans in Multnomah County.

The series of articles, launched on Feb. 2 by Investigate West and the Portland Tribune, is based largely on a review of 5.5 million court records, the first such statewide analysis conducted. The analysis has focused on how minorities in Oregon are involved in a disproportionate number of police stops, citations for livability crimes, driving infractions and arrests.

“People are thinking about it. I think it’s on the front part of their brains instead of the middle or back, and I think that matters.”

Other disparities include the cases processed by the Multnomah County District Attorney’s Office.

While African-Americans make up just 7 percent of the county population, the MacArthur report found they constituted 27 percent of people locked up in county jails.

The study showed that while the Multnomah County District Attorney’s Office didn’t add to the problem, it didn’t close the gap, either.

Earlier this year, Underhill said he’d been conducting an internal review of his office, but urged caution. “It’s not as simple as snapping our fingers and making a thousands-of-cases-per-year adjustment and doing it on a dime,” Underhill said.

New statistics, however, suggest that changes made by Underhill and others already may be having an effect, showing the power of his office and raising a central question.

“What is the role of the prosecutor?” said Chris O’Connor, a Portland public defender who stressed that he was speaking only for himself.

“They have massive power in deciding how to charge these cases,” O’Connor said. He is skeptical of prosecutors who say their job is simply to process cases that come in the front door.

Underhill and other elected officials at the county level comprise the Local Public Safety Coordinating Committee, which has been using data to conduct its own review of racial and ethnic gaps in the prosecution data.

“We have to just be honest about the racism that existed in this state and how it’s permeated all of our policies,” he said. “Until we just confront, squarely, that we have a system that discriminates, we’ll never be able to move forward.”

In reporting Unequal Justice, we ran into several big gaps in the data. Only a handful of police agencies track the race and ethnicity of people who are stopped, but not arrested or issued a citation. Some police officers even fail to log the race or ethnicity of the people who are arrested.

French says the state needs better baseline data about the ethnic breakdown of offenders in specific categories of crime, to better determine the extent to which disparities in crime stats are the fault of police or prosecutors or reflect other factors such as poverty.

He’s one of several prosecutors who have pushed for a statewide survey that would ask people whether they’ve been a victim of a crime, as well as the race of the perpetrator. Such surveys already are done nationally.

“It’s a far better statistic than simply using the percentage of a race in population or using the number of arrests made in a certain racial group, because not all crimes result in an arrest,” he said.

Underhill’s office reviewed more than 27,000 cases and issued indictments for about 20,000 of them in 2014, according to its latest annual report.

Some of the most significant disparities show up in how African-Americans are charged with crimes in a system using eight neighborhood prosecutors, spread around the county, who focus on “livability” crimes, including theft, disorderly conduct and prostitution, in addition to transit crimes.

Our analysis of the county data showed that in all eight of these special districts, African-Americans are more likely than white residents to be charged with crimes — and, for certain crimes, at rates higher than they are charged in the city as a whole.

Various factors could cause the high rate of theft charges against African-Americans.

While in most cases charges are generated by sworn police officers, the theft allegations from the Lloyd District typically are generated by store clerks and mall security officers, who may focus more attention on black shoppers than on white patrons. Or, white residents accused of theft may be more likely to settle the matter before police are called.

Underhill reviewed our analysis of the county’s special district data and said that while he disagrees that neighborhood prosecutors are contributing to disparate charging rates, he’s interested in looking at whether such information could be used to “help change the direction of some of those things through policy and procedures.”

It wouldn’t be the first change for Underhill, who recently joined his counterparts in Clackamas and Washington counties to announce a policy change in how public transit cases would be prosecuted, after a study commissioned by TriMet showed African-Americans were disproportionately charged with certain violations.

Since 2014 he’s pursued other changes, including:

As a result of his office’s self-examination, Underhill said: “People are thinking about it. I think it’s on the front part of their brains instead of the middle or back, and I think that matters.”

But perhaps the biggest change Underhill has been involved with is a collaboration with Multnomah County Circuit Court, and the county Department of Community Justice.

Launched in July 2014, the Multnomah County Justice Reinvestment Program uses committees composed of representatives across the criminal justice system to review the cases of nonviolent offenders.

For people who qualify, the group typically recommends an alternative to prison: a personally tailored probation-based plan accompanied by drug treatment or other measures to keep them from committing new crimes.

The program was supposed to do two things: save money by diverting low-risk offenders from prison and reduce racial and ethnic disparities among people put behind bars.

According to a review of its first year, the program did save money. But because it disproportionately favored white and Asian felons, it actually increased the disparities in the state’s prison population, rather than decreasing them. According to the county’s report on the program’s first year: “White offenders remained the least likely to receive a prison sentence and most likely to receive supervision.”

That’s not surprising to O’Connor, the defense lawyer. He says the justice reinvestment program is a microcosm of the judicial system, including prosecutors and the courts, which tends to favor people with money, education, stable families and top lawyers, while penalizing people raised in neighborhoods that are under a police microscope.

Disparities, O’Connor said, are “going to be amplified if you have a group of people who suffer from historical discrimination or current discrimination.”

But in the 1980s, it also became a center of gang activity.

So in 1990, businesses in the Lloyd District, including the Lloyd Center mall, started paying the Multnomah County District Attorney’s Office to staff a special prosecutor.

That prosecutor’s job — currently subsidized by private businesses to the tune of $75,000 a year — initially was to put special focus on gang-related crimes in order to reduce violence.

Today, while the office is involved in other work, most of the charges it issues in the Lloyd District are for shoplifting.

Between August 2014 and August 2015, three-fourths of the cases were for theft, records show. The cases were charged by police who were called to the Lloyd Center by mall security officers and clerks at stores such as Macy’s, Old Navy and Sears.

African-Americans were more likely to be charged at Lloyd Center than elsewhere in the city, where they made up just 20 percent of those charged with theft.

On the flip side, during the period we analyzed, the Lloyd Center prosecutor declined to prosecute five of the theft allegations. All five suspects were African-Americans.

Multnomah County District Attorney Rod Underhill said neither the financial support nor the location of the offices affects how the prosecutors do their jobs.

The arrangement, however, raises questions among some observers.

“How’s that not a conflict of interest to have business people paying for a DA to prosecute livability crimes?” asks Jo Ann Hardesty, president of the Portland NAACP.

More recently, however, the county has seen some statistical trends that Underhill thinks may mean the justice reinvestment program is having an effect.

Since 2014, racial disparities in the numbers of Multnomah County defendants sentenced to prison terms appear to have dropped significantly. They dropped to almost negligible amounts in 2016, according to a Jan. 31 email sent to Underhill by a county criminal justice analyst, Amanda Lamb.

“I would conclude that the rate of prison sentences for people of color has fallen to nearly match the rate for white defendants, significantly reducing the disparity in prison sentences,” she wrote.

County officials say it’s too soon to judge the program based on one year of data, but Underhill thinks the changes in his office helped.

Efforts to combat implicit bias in his office, he said, have “been a very intentional and important part of what we’ve been doing for a while, with an increased emphasis in the last 12 months.”

But going back to O’Connor’s question about a prosecutor’s role, how is it that a prosecutor can so quickly change the racial outcomes of their work?

The defense lawyer says the risk of programs like the county’s diversion program, for which success leads to increased state funding, is that officials may make decisions not based on an individual defendant and on a specific case, but on “protecting their stats.”

And other prosecutors are cautious about embracing wholesale changes, saying Oregon’s system is more progressive than for what people give it credit.

“Our system is based on making decisions based on facts and evidence,” he said. “That has to remain the bedrock of what we do.”

But he agrees with Underhill that prosecutors need to be aware of the disparities to make sure discretion is used properly. “We can’t operate with blinders on.

“It’s not something you can do with quotas or mandates,” he added. “It’s about deepening our appreciation for other people’s experiences as we do our job, whether they’re victims or defendants.”