Cash Bail Comes With a Cost. Would Portland Be Better Off Without It? 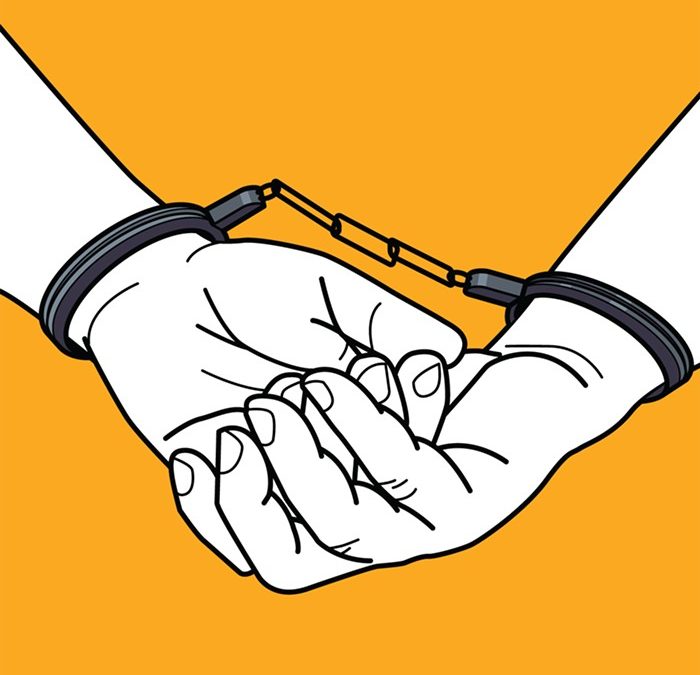 Sometimes it’s an upcoming job interview, or a work shift that can’t be missed, or rent that needs to be paid. Sometimes it’s caring for a child, or helping an elderly parent, or being home for the holidays. And sometimes, it’s every possession a person has.

Those are the kind of things that are often at stake when Amanda Trujillo and Gina Spencer help bail someone out of jail. As the co-founders of the Portland Freedom Fund, Trujillo and Spencer use community donations to pay the cash bail of Black and brown people who have been charged with crimes in Multnomah County and are in jail awaiting trial.

Trujillo recalls that one man they bailed out last year had already been in jail for about 90 days—long enough for his landlord to evict him for having missed rent payments and to get rid of all his belongings when he couldn’t show up to collect them.

“He literally lost everything by being in jail for three months,” Trujillo says.

Stories like this one aren’t uncommon, says Carl Macpherson, director of Metropolitan Public Defender (MPD), the largest public defense firm in Oregon. Macpherson is helping lead a local fight to eliminate the use of cash bail in Multnomah County’s court system. It’s a topic that has also become a central issue in the 2020 race for Multnomah County district attorney.

From decades of experience as a public defender, Macpherson says he’s well aware of the negative consequences that cash bail has had on his clients who can’t afford to pay it, and instead must remain in jail for months awaiting trial, despite not yet being convicted of a crime.

Bail is usually set during arraignment and release hearings—pretrial hearings during which judges determine whether someone who’s been arrested for a crime can be released from jail until their trial date, or must remain behind bars until then.

Since early November, defense attorneys with MPD have been mounting more aggressive legal cases at those release hearings, arguing that their clients should not have to pay bail to be released. They’ve received assistance from the Civil Rights Corps, a national nonprofit that’s been successful in challenging cash bail policies around the country.

“We’re strengthening our current arguments against the setting of cash bail in the first place, and making sure we’re making every argument that we can for our clients,” says Macpherson. “There’s constitutional arguments, case law arguments, statutory arguments—it’s just making sure that those arguments are being made in every case where it’s applicable.”

In Oregon, bail is set by judges, and defendants typically need to pay 10 percent of the total bail amount in order to be released before trial—an amount that can be hundreds or thousands of dollars, depending on the severity of the crime they’re charged with. Judges have discretion over whether or not to set bail for release, but their decisions are often influenced by county prosecutors.

Macpherson says it’s too early to tell whether their work is having an impact on the amount of defendants who end up with cash bail, but that “judges are at least being receptive to the arguments.”

For Macpherson, it’s a fight well worth waging. Beyond the fact that cash bail is most punishing for those who cannot afford to pay it, he says it also can compel those defendants to take a deal that might not be in their best interest. A 2019 state-commissioned report found that Oregon defendants detained before their trials are more than twice as likely to be sent to prison after their trials than defendants who are released before trial.

One of the reasons for this, the report noted, is that defendants detained before their trials are more likely to accept any plea deal that comes their way. That means a defendant will plead guilty in exchange for what might be a more lenient sentence than the one they’d receive if they choose to go forward with their trial and are found guilty.

“If you’re in jail pretrial, probably your biggest goal is getting out of jail,” Macpherson says. “So when an offer comes, many people take that just to get it over with.”

Cash bail, along with its unintended consequences, also disproportionately impacts people of color. A November report from the W. Haywood Burns Institute for Justice Fairness and Equity found that Black adults in Multnomah County are eight times more likely than white adults to be held in jail before their trial.

Cash bail is traditionally thought of as a sort of insurance policy for prosecutors: If a defendant has to pay cash for their release, the thinking goes, then they’ll be more likely to show up to their court date in order to get that money back.

But according to Mike Schmidt, a candidate for Multnomah County district attorney who’s made the elimination of cash bail one of his key campaign platforms, the research doesn’t support that theory. Instead, Schmidt says, cash bail perpetuates the already serious problem of inequities in the criminal justice system.

“Cash bail fails both sides,” Schmidt says. “It can allow dangerous people with [financial] means out, and it keeps poor people in.”

The question of cash bail’s effectiveness is already a focal point of the 2020 Multnomah County district attorney’s race, with candidates Kirsten Naito and Ethan Knight also weighing in on the practice.

Both Naito and Knight agree that cash bail sets up an inherently unfair system. But while it’s a problematic tool, Naito says, it’s also “the only tool we [currently] have to make sure our community is safe from the most serious offenses.”

“If you’re going to eliminate cash bail, you have to think about, ‘What are we going to replace it with?’” says Knight. “Because the whole point of the bail system is to ensure that somebody appears in court, and make sure people who should be in jail aren’t let out.”

One potential solution that has the support of all three candidates—as well as Macpherson and other advocates—is to beef up the county’s Pretrial Services Program (PSP). These services currently include screenings to determine which defendants are low-level risks for pretrial release. It also provides supervision of pretrial defendants who have been released, and reminders to defendants of when their court date is approaching.

If Multnomah County stopped setting bail for pretrial release, PSP could provide supervision and reminders for all defendants awaiting trial—but it would need more resources in order to do so. During the last county budget cycle, PSP cut an employee position due to budget constraints.

“The next DA should be advocating for more robust pretrial monitoring services,” Naito says, “so we can move away from jail and cash bail.”

Macpherson says that if the use of cash bail was rolled back or eliminated, county judges would still have the legal power to detain defendants who are deemed serious threats to public safety. Macpherson was formerly a public defender in Washington, DC, which does not use cash bail and instead has robust pretrial services. Instead of sitting in jail, his clients facing serious charges like murder were put up in halfway houses until their trial date.

Macpherson says that arrangement worked well, with the halfway houses providing regular supervision while still allowing defendants to go to work and keep other important commitments.

This year, Civil Rights Corps, the legal organization assisting MPD, helped bring a class-action lawsuit against Harris County, Texas, a municipality that includes Houston. Representing people who had been unable to pay their cash bail in Harris County, Civil Rights Corps characterized the cash bail system as unconstitutional, due to the fact that a person’s wealth was the key determinant for whether or not they would be detained pretrial. That, they argued, is a clear violation of the 14th Amendment’s Equal Protection Clause, which guarantees equal treatment under the law.

Macpherson says the same legal argument could likely be made against Multnomah County’s bail system.

Tara Mikkilineni, a senior attorney with Civil Rights Corps, points out that many states, including New York and California, have recently passed legislation aimed at reducing or eliminating the use of cash bail, which she calls “fundamentally unconstitutional.”

“There aren’t really good arguments for it,” Mikkilineni adds. “But it’s hard to change the system.”