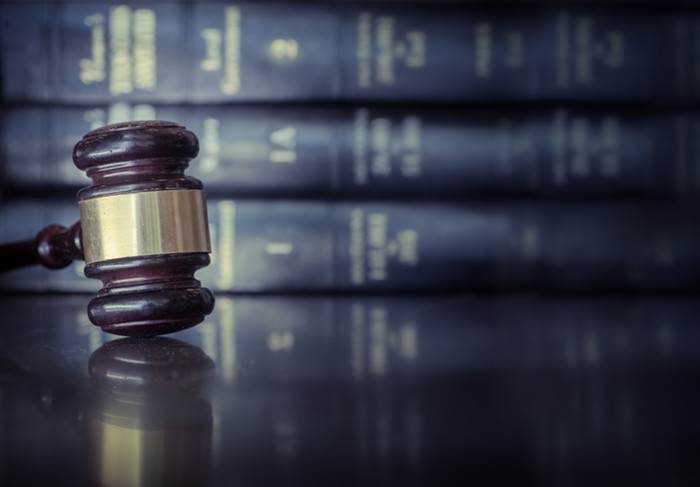 In the month and a half since Underhill announced his retirement, three candidates have formed political action committees to begin fundraising for the 2020 election. Here’s what we know about the current contenders:

Knight, the first to file a PAC (just two weeks after Underhill’s announcement), is easily the most recognizable candidate. As assistant US attorney, Knight served as the lead prosecutor in Oregon’s most noteworthy federal cases in the past decade. In 2013, Knight successfully convicted Mohamed Osman Mohamud for attempting to detonate a bomb in Pioneer Courthouse Square, and in 2016, unsuccessfully fought to convict Ammon Bundy and other militants involved in the Malheur National Wildlife Refuge standoff.

Knight joined the US attorney’s office in 2007 after serving as a Multnomah County deputy district attorney. Thanks to his involvement in high-status cases, Knight’s been the focus of several colorful articles that offer these curious details about the candidate:

“Tall and lean, the assistant U.S. attorney is partial to Brooks Brothers suits and pocket squares. He speaks with a commanding and clear voice — ‘almost like he’s yelling at someone who is deaf,’ one former boss said,” wrote Energy & Environment News in 2016.
“Ethan,” Multnomah County judge Karin Immergut told the Oregonian in 2013, “was born 40.”

Here’s how Knight described himself in the O story: “For starters, the only time I’m probably the smartest guy in the room is when I’m working alone in my office. This office and the (Federal) Public Defender’s Office are crawling with people with, I think, infinitely better understanding of the body of law that we practice in.”

Due to his early PAC filing, Knight’s the only candidate who’s reported campaign contributions to the state. Since June 17, he’s raised $25,850 in donations—the majority of which have come from attorneys located both in Oregon and out-of-state.

Mota is a deputy district attorney for Multnomah County, a position she’s held since 2015. Mota previously served as the director of community safety for the Rosewood Initiative, a nonprofit that advocates for the low-income, high-crime Rosewood neighborhood that straddles Portland and Gresham.

During her time at Rosewood, Mota worked with the Multnomah DA’s office to co-lead RENEW (Rockwood/Rosewood Enrichment Neighborhood Enforcement Workgroup), a DA program created to engage the public in conversations around crime in the neighborhood.

Mota is the only candidate who current works at the DA’s office.

Schmidt, a former Multnomah County prosecutor, is the director of the Oregon Criminal Justice Commission (OCJC), a committee created by the state legislature to study the effectiveness of Oregon’s criminal justice system and oversee recommended reforms.

During his six years at the Multnomah County DA’s office, Schmidt focused on property crimes and became a regular prosecutor within the county’s drug courts.